Rema Biography Fun Facts You Need To Know About Rema

Some facts you should know about Rema, up coming artists rapper and singer who combine traps and afrobeats to create a new sound in the Generation of Nigerian Pop, by name Divine Ikubor.

I love this guy! his voice, style and many things he does entice me a lot. Yes still an up coming artists but also known as the wizzboy of our time.

What do you like about him? Is he your favorite musician? Can he maintains this type of style for long? Is Rema a Nigeria? Is he also a twin? where is Rema Marvin from and who signed Rema?

A song writer, stage performer, recording artist and a model is he (Rema) who is currently signed to the Marvin Record’s by Don Jazzy.

Rema according to his story, was born in 2001 in Benin City, Edo State State in the South Southern part of Nigeria. Very handsome and gifted, talented and skillfully creative at his young age 18 years.

This young talented artist was actually brought up in Benin City, Edo State where he completed both his primary and secondary school education and obtain both his First School Leaving Certificate and West African Senior School Certificate.

I discover that Rema who lived his early live from child hood throughout in Benin City loves rapping in local churches and schools. While he was still in school, he moved on to create his own live band and not so long until he was discovered by D’Prince who is currently the Chief Executive Officer of Jonzingworld Record and also the immediate younger brother to Nigeria billionaire artiste and producer Don Jazzy, who is currently the Chief Executive Officer (CEO) of Marvin Records. 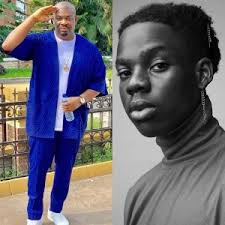 However Rema was lucky enough to start his music careers at his tender age since he’s so talented and gifted with afrobeats. He’s a song writer and currently signed into Marvin Records by Don Jazzy. D’ Prince was the one that introduce Rema whose real name is Divine Ikubor to the Marvin Records CEO, Don Jazzy. Don Jazzy is the CEO of Marvin Records and was so interested to sign in this young talented and creative artiste into his Music Entertainment.

Rema has come to stay according to Boss Don Jazzy after listening to Rema performance on stage, he bought the idea of maintaining the talented gifted young boy into His Records. Finally he had it that this will improve the entire Marvin Entertainment Industries as he discovered more ways to work with Rema. 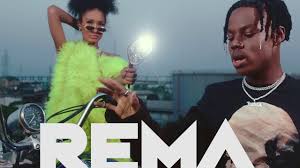 Rema is currently one of the richest and most influential artist in Nigeria with an estimated net worth of $500,000.